Rising bad debts in Australia – A call for action

Rising bad debts in Australia – A call for action 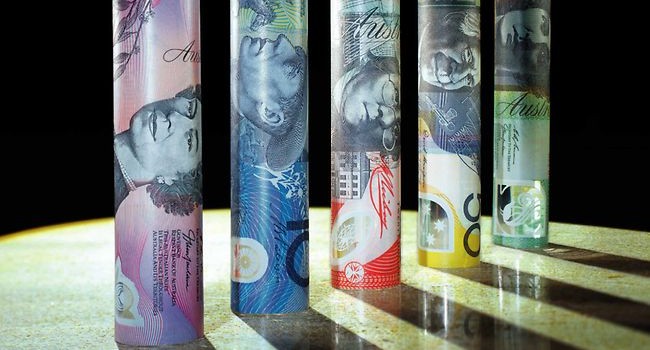 Australia’s banks are counted among the sturdiest in the world. They sidestepped the last financial crisis, and the big four – NAB, CBA, ANZ, and Westpac – boast some of the highest credit ratings globally. The big four have had six consecutive years of record profits, driven in part by very low bad debts. In fact, according to the Reserve Bank of Australia, the bad debts had dropped to 0.9 percent of total loans in 2015 from a peak of 1.9 percent in 2010. However, this scenario looks set to change.

The number of stressed loans has stopped improving for the first time since the global financial crisis. It became quite clear that things do not auger well for certain segments when ANZ increased its bad debt charge for corporate loans by $100 million, its third credit related earnings warning in six months and Westpac increased its bad debt provisions for consumer loans by 10 percent. As per Bloomberg’s survey of mean estimate by five analysts, the money that banks need to set aside for loans deemed likely to sour is set to hit A$7.2 billion by 2018, the highest since 2010. This will have a significant impact on profit margins in the banking sector. A recent article in Forbes magazine places Australia at number 2 in the list of the seven countries most likely to suffer a debt crisis within the next three years, based on the ratio of private debt to GDP. This finding has also been endorsed by economists in Australia who blamed this scenario on the uncontrolled property sector boom.

A lot of it has to do with the impact of weakening commodities, especially the mining sector. So far there has been little stress in the $1.3 trillion mortgages area, but it is under close scrutiny as most banks have been pursuing targeted lending in this space. Western Australia and Queensland are being looked upon as stress originators in consumer loans. Sydney recorded a fall in housing prices for the first time in three years in the December quarter, according to Australian Bureau of Statistics. Moody’s investor service says that a slower pace of house price growth will mean a slowdown in economic activity and will contribute to deterioration in mortgage performance in 2016. As per Australian Prudential Regulation Authority, the fact that close to two-thirds of the big four banks’ balance sheets is exposed to property, mainly housing loans, is a significant issue of concern. While it may be premature to say that it is the beginning of a crisis, it does point towards the need for lenders to look at managing the credit risk and delinquencies more effectively.

It is also important to note here that non-bank lenders are knocking on the doors, armed with cheaper loans, innovative products, fast approval processes and more flexible features for a lower interest rate. Most of them are leveraging advanced technology solutions to make informed and more comprehensive credit decisions, taking lessons from the challenges that banks face.

Lending decisions can be much more effective when they are made based on predictive insights powered by real-time data. We have seen an exponential growth in the availability of historical and transactional data, which can be churned in intelligent lending analytics systems to give valuable insights on new business opportunities. The data can help identify pattern based characteristics for ideal and delinquent customers. This input can, in turn, help automate loan application filtering at the primary level, cutting down cost and time along with reducing the chances of customer turning delinquent later. Smart data analysis can also help by predicting early which customers are most likely to turn delinquent, enabling banks to devise optimal collection approaches well in time, resulting in improved collection rates.

Today’s lending solutions are better geared to enable banks in implementing smarter ways for better control over credit risk. Flexibility in defining rules and policies, building extensive credit score cards along with seamless credit bureau integration are some features which can prove to be useful. There have been a lot of technology developments in loan collections, which has traditionally been dominated by manual processes, in-house developed systems or outsourcing to third party agencies. While traditional approaches consume lot of time, effort and resources, they remain ineffective when dealing with growing levels of non-performing loans. Modern lenders are taking advantage of automated, workflow based processes which provide a real-time view of stressed consumer lending portfolios by deploying appropriate collection scorecard strategies to stay ahead of delinquencies that ultimately impact bank’s bottom lines.

While it can be debated that the current situation does not warrant a knee jerk reaction in terms of taking drastic measures, it is equally true that it is better to be aware of the possibilities and plan for preventive measures. The saying goes, “if it ain’t broke, don’t fix it”, but the larger question is “can you really afford to wait until it breaks?”

Nitin Garg is the Associate Vice President, Global Marketing at Nucleus Software where he is responsible for driving strategic marketing initiatives to support Nucleus in digital transformation of the Retail and Corporate Banking segment. He carries a deep passion for technology based innovation and enjoys being an enabler for realization of its true worth across the entire financial services industry value chain. Nitin brings over 16 years’ experience covering marketing, business development, delivery management and technical operations across diverse industries. His key focus areas include customer success, brand perception and technology leadership. Nitin has a Post Graduate Diploma in Management from IIM Calcutta and Bachelor’s Degree in Marine Engineering.