Housing Finance Companies – Can they make it big and bridge the ...

Home / Lending / Housing Finance Companies – Can they make it big and bridge the ...

Housing Finance Companies – Can they make it big and bridge the shortage of housing in India? 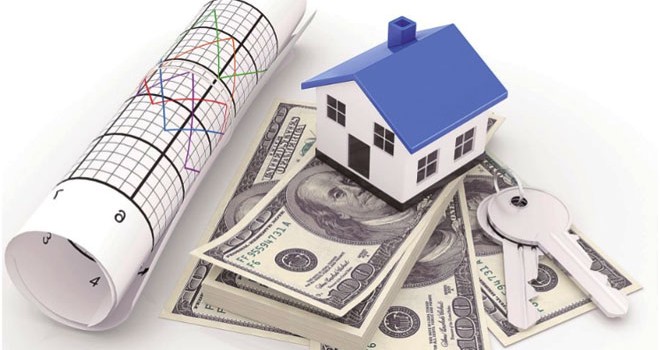 For any emerging economy, housing is an integral part of its growth engine. In recent years, India has witnessed tremendous growth in housing because of various factors such as increased disposable income, rapid urbanization, changing age profiles of borrowers and easy availability of loans. Much of the development should be attributed to the macro economic conditions which pushed lenders and developers to look for new products and new ideas. Despite a vibrant housing market in India, millions of people in lower income group are beyond the reach of a decent house.

To fulfill the needs of lower income groups, it is important to move away from the traditional housing finance which requires proof of income and expenditure certificate for credit assessment. Housing Finance Companies (HFCs) understood the innovation imperative to serve the large pool of low income groups and introduced a field based approach to understand their target customer segment. As per CRISIL, as of March 31, 2014, HFCs have total advances of about Rs. 4.1 lakh crore (US$64.6bn). As one would expect, most of them are in retail housing which contributes to around 3 lakh crores (US$47.3bn).

HFCs face intense competition, as banks and non-bank finance companies (NBFCs) increase their focus on mortgage finance. Seeing the success of NBFCs and HFCs, banks have realized the business opportunity for lending to this sector. According to rating agency ICRA, total housing credit for banks grew by 20% in 2013-14 and 19% in the previous year. As banks focussed on retail home loans, this segment reported a growth of 18% in 2013-14 up from 15% a year before. Banks have an edge over housing finance companies thanks to their access to low cost funds raised through deposits. Due to the surge in competition, coupled with a drop in home loan sales, the growth rate of HFCs may decline to around 17% in the coming year. However, HFCs will still be able to maintain their market share along with their healthy asset quality. It is estimated that the asset quality of HFCs will remain healthy with a gross NPA of 0.75% by March 2015.

The emergence of mid-sized HFCs plays a major role in the overall growth of the HFC segment as their business strategies are very different from large HFCs.

Large HFCs rely on bonds to raise funds whereas mid-size HFCs rely heavily on banks for funds. This naturally increases the cost of borrowing for mid-size HFCs forcing them to move away from their traditional customer base of low salaried employees to self-employed individuals who are in need of funds. As lending to the self-employed segment is considered risky, mid-size HFCs are able to charge higher interest rates to counter the higher cost of borrowings. This leads to returns on investment similar to that of large HFCs and helps in diversifying the customer base for mid-size HFCs.

As in the case of any lending business, risks are hard to eliminate. HFCs’ growth in the non-house lending segment is very much stagnant due to a decline in commercial real estate bookings, paving the way for inventory to outpace customer advances. The next set of potential risks arise from the rising loan-to-value ratios which have grown from 40-45% to 60% in the recent years. Some of the risks are negated by the regulatory initiatives that have been introduced to strengthen this sector. The setting up of a credit risk guarantee fund for promotion of low income and affordable housing and the USD 1 billion annual external commercial borrowings window for low cost housing are a few such noteworthy initiatives in this direction.

It often happens that a start-up which gains massive support at the outset may not be destined to reach the success it initially desired. The reasons for this may be many. HFCs have started well and continue to prosper but do they have it in them to make it big? With an -increasing demand pool for housing loans, it remains to be seen how HFCs will out-innovate bigger banks to maintain their relevance in the Mortgage segment.

Nucleus Software’s FinnOne lending suite supports all types of lending, and is used by banks and finance companies around the word for their home loans portfolios. Find out more about our FinnOne Neo Mortgage / Housing Finance solutions.

Mr. Arup Das is the Vice President and Lending Product Head (P&L Management) at Nucleus Software where he is responsible for taking the flagship product to the next level of global leadership. Before joining Nucleus, he held a variety of roles in strategy and product management with leading companies including CISCO, IPValue and Mphasis.